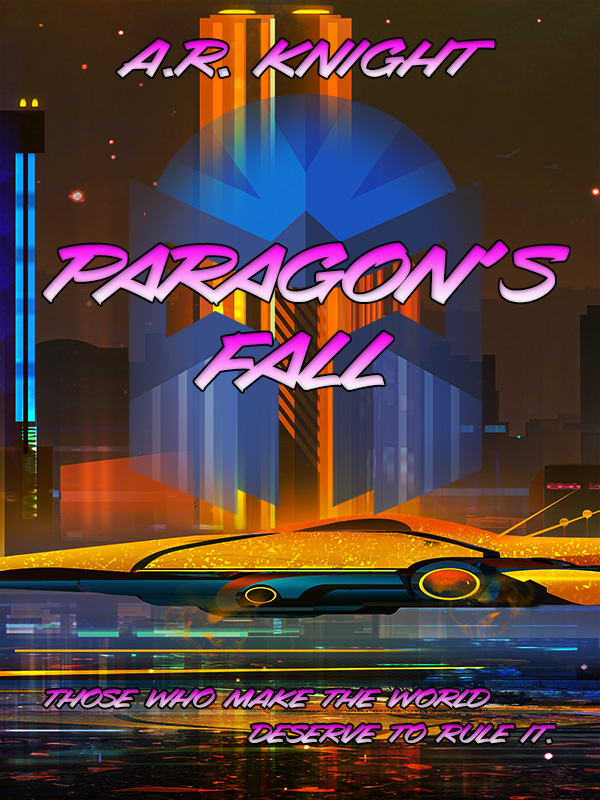 Aegis used to take bullets like he took lattes - smooth and with a smile. With his invincible leadership, the growing group of gifted anomalies turned from a tool of humanity's powerful into the ones with that power. Naming himself and seven others Champion, Aegis and his many other Paragons took the world away from those who no longer deserved it, creating their own utopia.

Decades later, that utopia is showing cracks. The Paragons struggle with the weight of the world, one that Aegis may be too old to bear. When new threats emerge from normals no longer willing to live without freedom, Aegis must decide whether to fate one last time to save the world he helped create.

Paragon's Fall is an action-packed story exploring a different sort of superhero tale in a twisted, sci-fi spin on tomorrow's society. If you like fast-paced, character-driven novels, then you'll find this one a fun adventure.
**This story will be told in a 2 chapters per week release schedule**

Chapter One - The Champion

Chapter Four - Inside The System

Chapter Five - It's About That Time

Chapter 7 - Inviting All The Players

Chapter 10 - Offers From A Past Life

Chapter 13 - Rebel With A Cause

Chapter 19 - Shake Off the Rust

Chapter 20 - Getting The Outside Perspective

Chapter 27 - The Price Of Progress

Chapter 31 - Beneath The Streets

Chapter 37 - Champion Of The Computer

Chapter 40 - Actions Come With A Cost

Chapter 54 - The Details Of Ending The World